Introducing our Active Together Champion, Amelia! 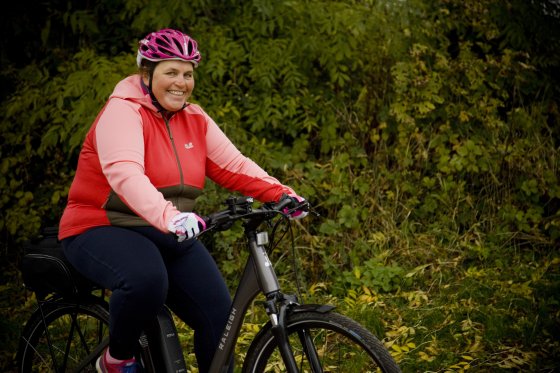 For years, Amelia was overweight, inactive and felt unable to do the things she wanted to in life. In 2019, she decided to make a change.

Amelia decided to incorporate physical activity into her life by going swimming, and was later given a Fitbit as a present, which motivated her to continue her journey. Initially, Amelia started walking first up the road, but every day she went a little bit further and saw the step count going up. With a goal of 10,000 steps a day, and a love of exploring the countryside and taking photos/videos along the way, Amelia continued walking and getting fitter.

Amelia wanted a new challenge, and decided to to start cycling. After receiving an E-Bike as a Christmas present, she hasn't looked back!

Thousands of miles later, Amelia is 5 stone lighter, and much happier!

You can read our other local Champions stories here.